Interactive fiction competition 2015 is over. There were 53 games and you can see their results here. But the games are still worth discussing so let's do it.
This article has some mild spoilers that are marked as such.

Author: Hugo Labrande. You can play this game online.

Everything is shrouded in half-darkness, as always. Your sleeping bag is rolled in a ball, crumpled up in its usual spot in the corner of the room. In the opposite corner are your chair and computer desk. Your computer’s looping the same playlist, as always. You spend most of your time here, although you go to the greenhouse from time to time. This is fine. 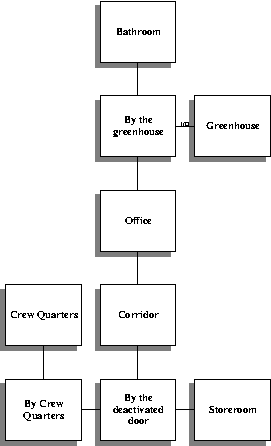 You play as Charlotte Tournier, a lone survivor who’s living, well, on Mars, and maaaybe she’s going crazy. OR IS SHE?

Err… no. You may be lonely, but that idea would never cross your mind.

So, at least she has her common sense. Still, living alone on Mars is hard. If you think about The Martian, (and you obviously should) you are wrong because she never has to think about growing potatoes and dodging meteorites, no. She has robots for that. Living on Mars is hard because there is no company for you. And the only music you have is a screaming moody metal stuck on repeat.

Story-wise, there’s not much happening now. There’s a fair chunk of backstory you can piece together and then there’s a bigger chunk you will be shown in a looong cutscene (the game seems to love these) but overall the plot is light. There are no puzzles either.

Word of advice: you might want to turn on the transcript, so you’d be able to read properly, because the printing speed option is ridiculous. Some screens stop and wait for you to press any key, some don’t. It’s inconsistent.

I don’t want to discuss the plot because it’s not that big anyway. The game size? Sure, I know some intros longer than that but that’s okay, it’s very well written. I want to talk about the atmosphere.

When you start the game, the author recommends to pop in an official soundtrack playlist. It has two options, Spotify and Youtube and it’s mostly a compilation of metal and techno music.

And it completely fails to set the mood.

We have a recluse woman somewhere in her office, refusing to use the bathroom and the sleeping bunk. Her only company are two silent droids and a stream of electronic mail. Her only food are recycled “tofu” and weird dying vegetables. My question is simple: why does it need to be Mars?

All the stuff that grounds the game to The Space is very passive. I can feel that the backstory is really going on Mars. I can examine one or two things and they feel spacey. The cutscenes are cool. But I don’t do anything spacey. You don’t have to travel that far to eat Soylent White and rescue robots.

I don’t feel Mars in the atmosphere.

Maybe it’s the timing. The Martian movie comes out right now, it’s still going on. And it has a lot of Mars in it. That’s the thing, isn’t it? You have to put the Mars in somewhere to live on it.

I feel that the name is not enough for that.

Laid Off from the Synesthesia Factory