Kemerovo is not a small city by any standards; it’s got half a million people in it. But it’s a rather quiet one. So if you want anything gamey to happen, your sure bet is to do it yourself. 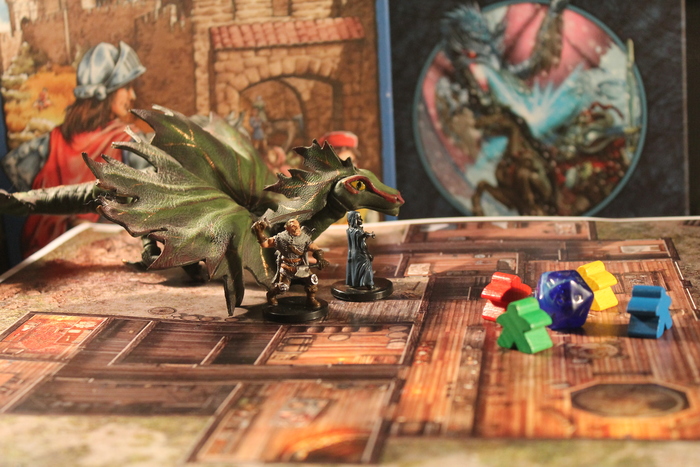 The game masters are a very recluse lot. They have their players, they can regularly play with them – but they have no intention to go out and meet other people. My goal was to force them to it, in order to have something resembling a community. This year, however, I decided to try something different.

The idea was to have an actual game day. I’ve decided to calculate everything for forty people: a good number, still a small friendly con but it has a room for some ambition. A wargame section, lots of tabletop games and some dungeons because the tabletop and war games attract much more players inclined to try roleplaying.

Six hours of non-stop playing, starting from ten. A short one-hour break and a conference then. And on eleventh hour, well into the night, I hoped to play something, a dungeon just might…

Well, needless to say, my hopes were cruelly crushed by the great prose of Life.

This is a video review by Pavel Neunyvahin, subtitled by myself.

Oh, the numbers were good. There were 26 players and 11 masters. The entry for game masters was free and still I’ve managed to break even with the money. But with this being the first experience and all.. there were a lot of mistakes.

I made a site with the schedule an a Vkontakte group. I did no external advertisement except for word of mouth. By my experience, RPG is not a hobby you can easily explain on a short commercial poster.

The first problem was, the group just exploded. Vkontakte has three buttons you can click when you view the meeting page: “I’ll be there”, “I may attend” or “No, thanks”. Imagine my surprise when I got 63 “will be” people and 133 “might be”‘s. I even had to check with the venue manager and she said the absolute record was 90 people and they were packed like a grass blades.

is a casual game by Emily Short about collecting and describing the lost treasures of San Tilapia. It’s a great entertainment for a roleplaying-inclined audience.

The most difficult problem of Russian translation was gender. English doesn’t distinct words of gender very much; Russian does, so a masculine adjective doesn’t fit a feminine noun. I didn’t solve that problem during the preparation, though.

If your budget is constrained, you’ll need some scrapbooking skills. Also I’ve prepared A4 pages in XeLaTeX (source, pdf)

So I had a small problem of entertaining those who didn’t find a game to play. Naturally, I threw another game in. (see inset →)

I can give a lot of advice to whoever wants to organise such a fiesta, but I think the most important one is not to do it alone. It’s not a simple matter of “who will take the tickets” or “who can I spare to host this game”. You have to have a team. And you have to trust them.

Well, you might guess what went wrong there. I found my team too late, and I didn’t tell them everything. And to top that off, I’ve written myself into the schedule to fill it with more games. So if a problem arises or someone comes with a question? I had to excuse myself and handle the problem. I had to do it twice during the explanation of Dead of Winter rules. It wasn’t good.

My team was very small. I was using the materials of Novosibirsk Tabletop Day and I had to drop every their game idea one by one – just because I had on one to conduct these games. A person with any RPG experience will rather do his own game than take something that was written by someone else. And I didn’t want to put any newbies on the spot.

I also admit I dropped the opening. There were too few people at the beginning of the day and they just kept arriving one by one. This action botched two my games: Fiasco and San Tilapian Studies. Just had to drop them altogether. 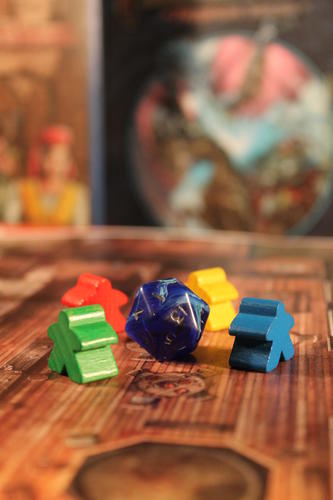 After the day, there was a conference for the game masters. It went super smoothly but it had about twenty listeners only. I think I know why.

The conference is a troubled format. On the one hand, it is a community feedback. A live feedback, from the real people. You can ask a question or propose a problem, and you get an answer. Like a forum, or a chat, but right now, in real life. It’s simple to understand. It’s powerful.

On the other hand, it’s incredibly boring. If you want to actually have an audience, you’ll want to make a show out of it. I’ve asked Wy Tzu (that’s a nickname) about a good alternative to a man standing with a microphone.

He proposed making a game masters’ competition, a fun problem solving show. Basically, you have a couple of storytellers on the stage and you present them with a game situation. And then they offer their solutions, so a clashing of styles and approaches begins. But you are not interested in actually solving the problem, you’re just having fun with it. Of course, this approach puts the newbies on a spot and it’s much more complicated to explain, so I didn’t go that way.

I have all sorts of mixed feelings about that day. The conference was great, the bar was actually praised, there even were games! (Oh, rapture!) In fact, only three games got dropped and two of them were mine. But I still feel that it was just a small event, a small step forward. It’s too early to see where the community stands after that step.

A game where you shoot things

I made a game! And you can play it now! But first I will talk about why you should.…